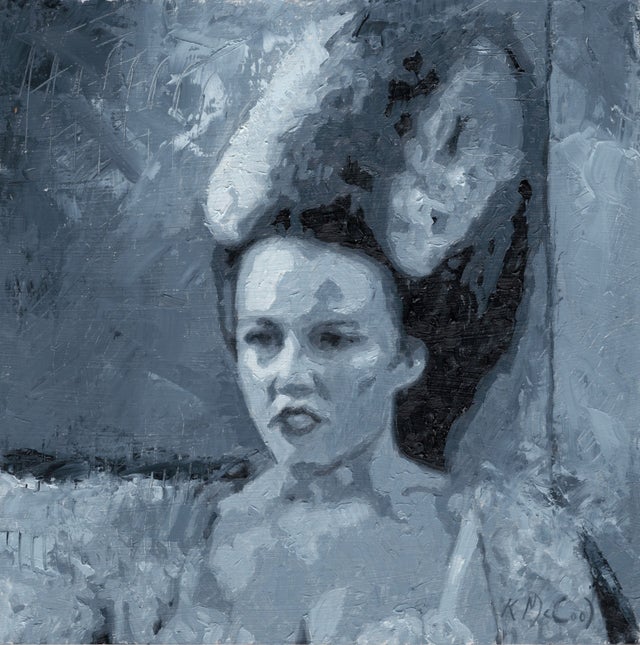 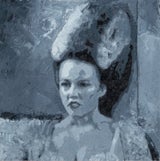 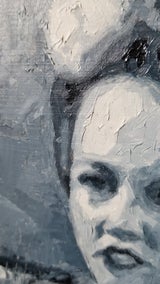 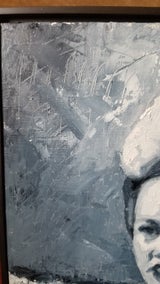 Madeline Kahn was one of Mel Brooks’ favorite go-to female comedians and for good reason. I read that it was her idea to have her character break into the song, “Ah! Sweet Mystery of Life” after the monster makes love to her. Hilarious.

You might think it odd, that I’m posting an ostensibly Halloween-themed painting during December, and I’d wholeheartedly agree with you, if I didn’t know that today is the 47th anniversary of the release of the movie “Young Frankenstein”! Forty-seven years ago today would be: December 15th 1974. I saved you from doing the math, because it’s the holidays, and I help where I can.

(Plus, I find soup kitchens to be depressing, so this contribution seemed more up my alley).

And I quote … “Ha ha, you fool! You fell victim to one of the classic blunders! The most famous of which is ‘never get involved in a land war in Asia’, but only slightly less well-known is this: Never go in against a Sicilian when DEATH is on the line.”

Even thirty some odd years later, if you say the word “inconceivable”, with a lisp (incontheivable), everyone will know what movie you are referring to. Memorable quotes are comedy gold.

Find yourself a partner who says, “As You Wish” whenever you ask them to do something.

With the movie “The Princess Bride” we finally had a Princess who wasn’t looking to marry a Prince (Humperdink). She wanted to marry the bad boy. And not just any bad boy. A pirate! I like her style.

Lieutenant Uhura … originally played by Nichelle Nichols, who Wiki says "… was an important part of the original series' multicultural crew and one of the first black characters to be portrayed in a non-menial role on an American television series."

I’m not sure non-menial means what they think it means. Answering space calls hardly seems like a stimulating occupation. Nichelle Nichols herself, often recounts the story about how she almost quit Star Trek for that very reason, until Dr. Martin Luther King told her, “Nichelle, whether you like it or not, you have become a symbol. If you leave, they can replace you with a blonde-haired white girl, and it will be like you were never there. What you’ve accomplished, for all of us, will only be real if you stay.”

I’m so glad she stayed as part of the original cast. And also glad that the writers have turned this character into a more equal member of the crew in later Star Trek films. Nichelle Nichols is an icon and inspiration for many. She even formally helped NASA recruit women and people of color in the 1970s. How’s that for an amazing legacy?