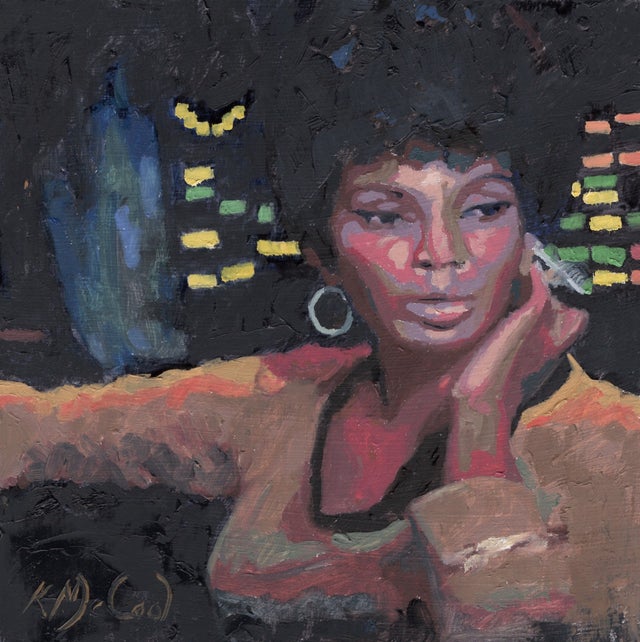 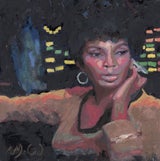 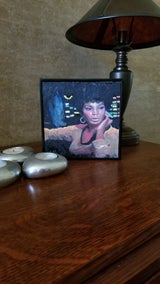 Lieutenant Uhura … originally played by Nichelle Nichols, who Wiki says "… was an important part of the original series' multicultural crew and one of the first black characters to be portrayed in a non-menial role on an American television series."

I’m not sure non-menial means what they think it means. Answering space calls hardly seems like a stimulating occupation. Nichelle Nichols herself, often recounts the story about how she almost quit Star Trek for that very reason, until Dr. Martin Luther King told her, “Nichelle, whether you like it or not, you have become a symbol. If you leave, they can replace you with a blonde-haired white girl, and it will be like you were never there. What you’ve accomplished, for all of us, will only be real if you stay.”

I’m so glad she stayed as part of the original cast. And also glad that the writers have turned this character into a more equal member of the crew in later Star Trek films. Nichelle Nichols is an icon and inspiration for many. She even formally helped NASA recruit women and people of color in the 1970s. How’s that for an amazing legacy?