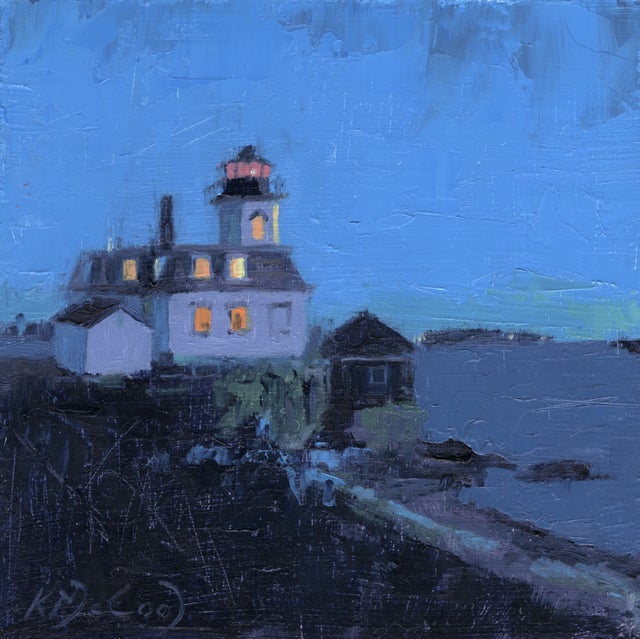 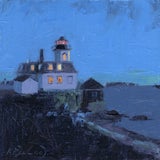 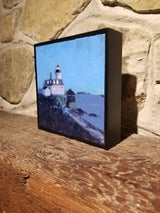 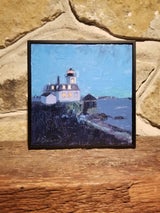 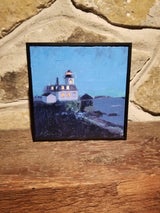 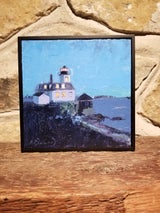 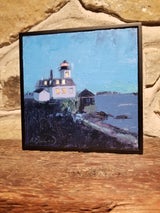 This lighthouse was painted from a photo I found on the Library of Congress website, of the Rose Island Lighthouse, Newport, Rhode Island.

Lighthouses remind me of vacations. Specifically, vacations to New England. On one trip to Maine, I got food poisoning from bad clams while staying in a quaint old B&B. You know how I hate to be indelicate, but my body ejected those clams from every available outlet. Not fun. And even less so, for the owner of the B&B, I’m sure. Although I will say, I’m not the one who thought it was a good idea to use a wicker basket as a bathroom trashcan. (But far be it from me to point fingers.)

SIDE NOTE: This painting is not affiliated with the 2019 movie of the same name, starring Willem Defoe and Robert Pattinson, which many critics considered to be less of a psychological thriller and more of a “character study.” (Note to self: When a cinephile tells you a movie is a character study … they mean staggeringly boring). Also, there are no images of a seagull being brutally murdered in my painting.