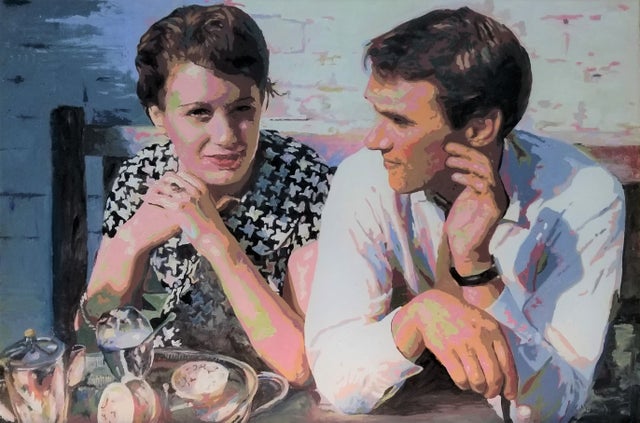 They especially enjoy their tea with biscuits. Oddly, their biscuits look and taste almost exactly like what we call cookies.

And you'd be forgiven for thinking the British secretly enjoy confusing Americans. It's like when they call diapers "nappies" when they have little, if anything to do with napping. Or when they call erasers "rubbers" when they ... oh wait. Okay, I see it now ...

They also have a thing called a scone. Scones are just like biscuits, if you prefer your biscuits to be hard and crumbly as opposed to soft and flakey. But once covered in enough jam and clotted cream, you can't even tell they taste like disappointment. (Britain has a well earned reputation for it's bland cuisine and their scones are definitely on brand.)

Many thanks to @anonymousphotoproject for allowing me to use their photo as a reference. "The Anonymous Project is dedicated to collecting and preserving mid-century colour slides from around the world. Started in 2017 by filmmaker Lee Shulman, the project brings to light Kodachrome memories of found amateur photographs, taken from the 1950s through to the 1980s."