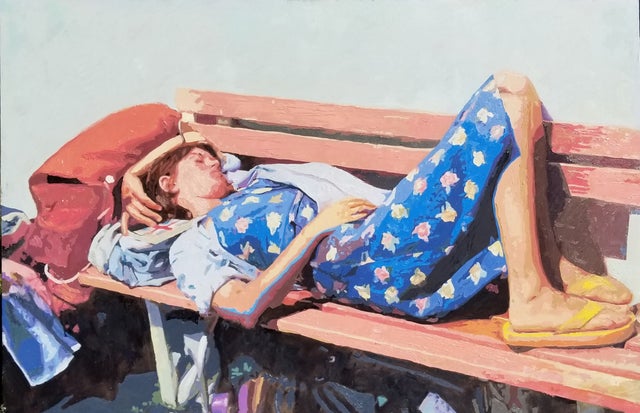 This image reminded me of a trip to Scotland with my husband, to visit my family. To get there, we flew from Philly to New York, from New York to London, then from London to Glasgow.

I was exhausted when we finally got to our destination, but my Uncle thought it would be a good idea to take us to a pub for a pint and a wee dram.

It was not a good idea. Whiskey, amirite?

TIP: Never get in a cab with a Scotsman to a second location.

IT'S LYING ABOUT BEING PUDDING.

Many thanks to @anonymousphotoproject on Instagram for allowing me to paint their photo.