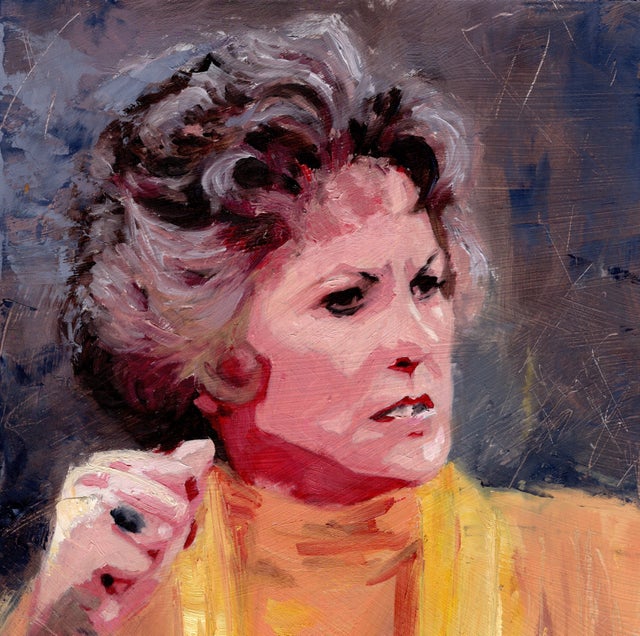 The TV character, Maude, first appeared in "All in the Family" as Edith Bunkers no-nonsense cousin. I loved her the first time she was introduced. And apparently, so did the show runners, because they gave her a spin-off series. With a sharp-tongue and biting wit, Maude changed the way women were portrayed on TV ... no longer simply a meek and subservient housewife, Maude was as an equal partner in her marriage. How refreshing.

Of course it was Bea Arthur who brought this character to life, and for any of you younger viewers, you'll know her as Dorothy Zbornak, from "The Golden Girls", another hilarious, and strong female character.

And did you know that during World War II, Bea enlisted as one of the first members of the United States Marine Corps Women's Reserve in 1943? She was a badass off-screen as well as on. God Bless Bea Arthur.