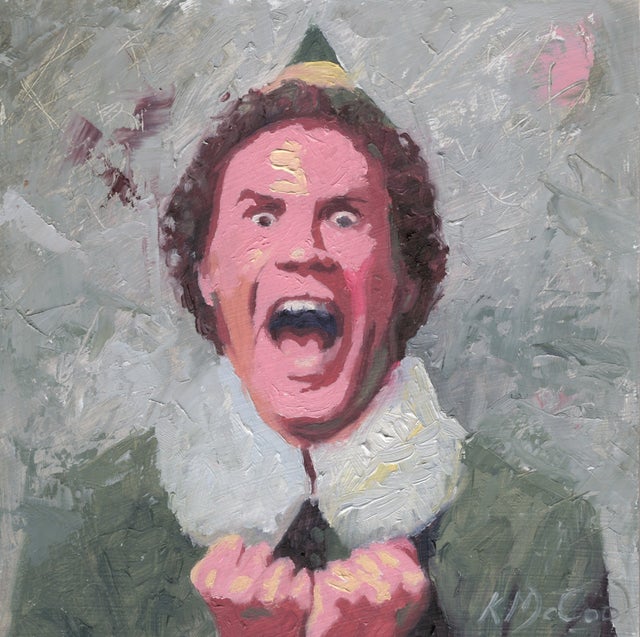 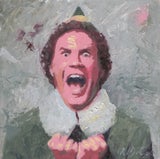 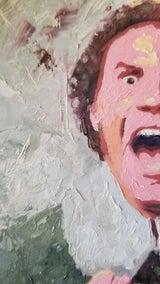 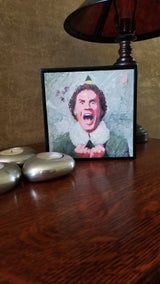 The movie Elf, which was not so much a parody, as a pastiche of the Rankin/Bass films (Rudolph the Red Nosed Reindeer, Santa Claus is Coming to Town, etc) is my newest favorite Christmas movie. The use of stop-motion in the North Pole scenes is, I think, the reason why it became an instant holiday classic when it came out in 2003. It’s also the funniest role Will Ferrell ever played. (Fight me.)

If you’re looking for a gift for a friend who is a working parent, this is an updated Elf on a Shelf. They can still use it for deceitful intimidation tactics to scare their kids into being good, but it’s a lot less creepy than that other little snitch. And it doesn’t require nightly staging of Pinteresty scenes of mischief. It’s the perfect gift for the working mom who can’t be bothered.

Remember that scene where Buddy confronts the department-store Santa? “You sit on a throne of lies!” hahahahaaaa … classic Buddy.

From the Netflix Series: Grace & Frankie.